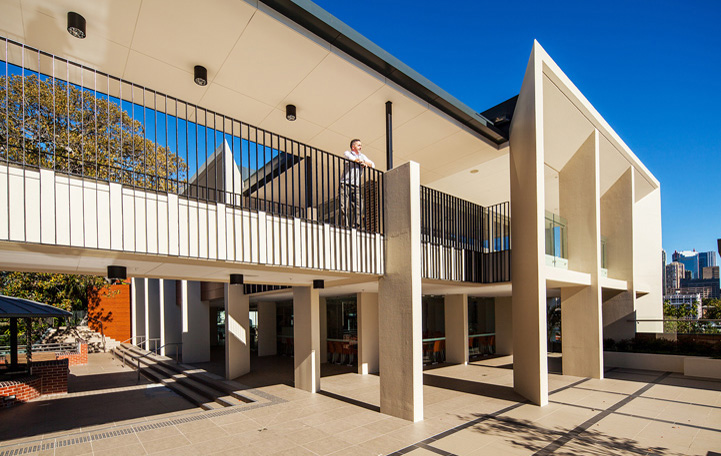 The final stage of the Joan Freeman Science and Technology at SCEGGS Darlinghurst is now complete and is being used by staff and students.

Other facilities include a 254 seat tiered lecture theatre, underground carpark, a new pedestrian entry and landscaping from St Peter’s Street, a large outdoor roof terrace, new canteen and an undercover eating area. A light filled and active central circulation space extends the School’s primary pedestrian spine, from which the facilities of the centre are accessed.

The building responds to privacy issues to neighbours through appropriate setback and massing, restricted openings and viewing, paths screening and planting buffers and is a sensitive addition to a dense urban precinct.

The building incorporates a number of environmental initiatives, including natural ventilation and daylighting, use of thermal mass and night-time purging, rainwater collection and reuse, plus energy and water efficient fittings.